How to Find the Best Cabernet Franc Wine

Cabernet Franc wine comes from the Basque countryside in France. It is a red wine with a medium body and has a medium-high acidity with flavours like bell pepper and berry. It’s known for its great taste and is perfect for pairing with food. While varietal wines are available, Cabernet Franc is commonly found as an ingredient in wine blends such as Bordeaux blends and Cheval Blanc.

While Cabernet Franc’s black-skinned grapes can grow almost anywhere, it is still largely found in France, with almost half of its worldwide consumption happening there. You can drink a mouth-watering Cabernet Franc alone, but it is most commonly found in Bordeaux blends. The Cabernet Franc adds dark spice and tobacco accents to any red wine blend. 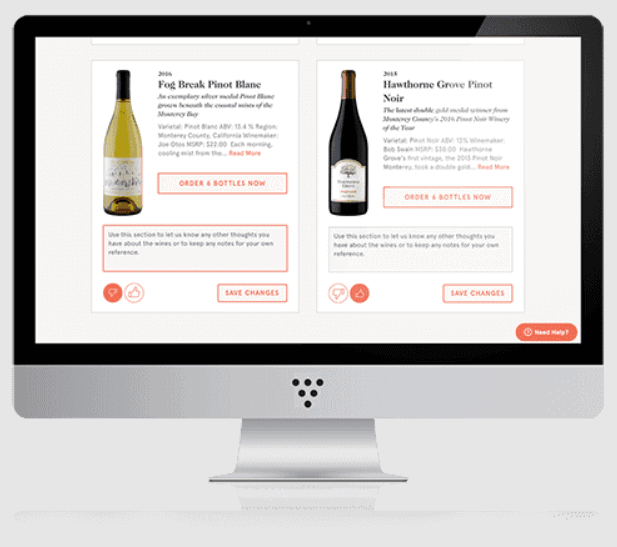 FirstLeaf Wine Club analyzes over a million customer ratings and predicts what wines you will love, with unprecedented accuracy. That's why we partnered with them to bring you this special offer: $100 OFF your first 3 orders.

Order Now
We earn a commission if you click this link and make a purchase at no additional cost to you.

Cabernet Franc wines show green bell pepper characteristics, leading some wine drinkers to identify the variety as an unripe Cabernet Sauvignon or Carmenere, which is incorrect. This misconception was common in Italy, where grapes thought to be Cabernet Franc turned out to be Carmenere.

Coming from a small to medium size vine with broad bunches, the berries of the Cabernet Franc are small that thin-skinned with a bluish-black color. The Cabernet Franc has a lighter body than a Cabernet Sauvignon and is often used to ‘settle’ the hearty taste of Merlots or Sauvignon Blanc. In addition to the peppery blend, there are hints of gravel, raspberry, cassis, violets, and tobacco. Each one may differ depending on the region where the wine originated.

The Cabernet Franc is a diverse universal wine that can be paired with a vast variety of food, which makes it quite popular amongst wine drinkers. It’s naturally high acidity and reduced tannins make it especially delightful to pair a Cabernet Franc with tomato-based foods. Tannin is the astringent quality in the wine. Always remember: pair Cabernet Franc with the herbs in the dish. Jalapeno, Rosemary, oregano, Thyme, sage, and red pepper are some herbs that meld with Cabernet Franc wine.

While Cabernet Franc is delightfull on its own and comes in many varietal forms, it’s most popular for its ability to blend well with others and is most commonly found in Bordeaux blends.

Cabernet Franc is known by many other names including Cabernet Aunis, Capbreton, Bamput, Morenoa, and much more. It can be paired so well with so many foods that it is universally loved by most red wine drinkers.

Cabernet Franc is so versatile because of its many origins and flavor profiles ranging from sweet strawberries to hints of tobacco. It is sometimes even referred to as herbaceous because of its green aroma.

Cabernet Franc comes from four different regions and determining its native region involves analyzing aroma, taste profiles, and the subtle differences between them. 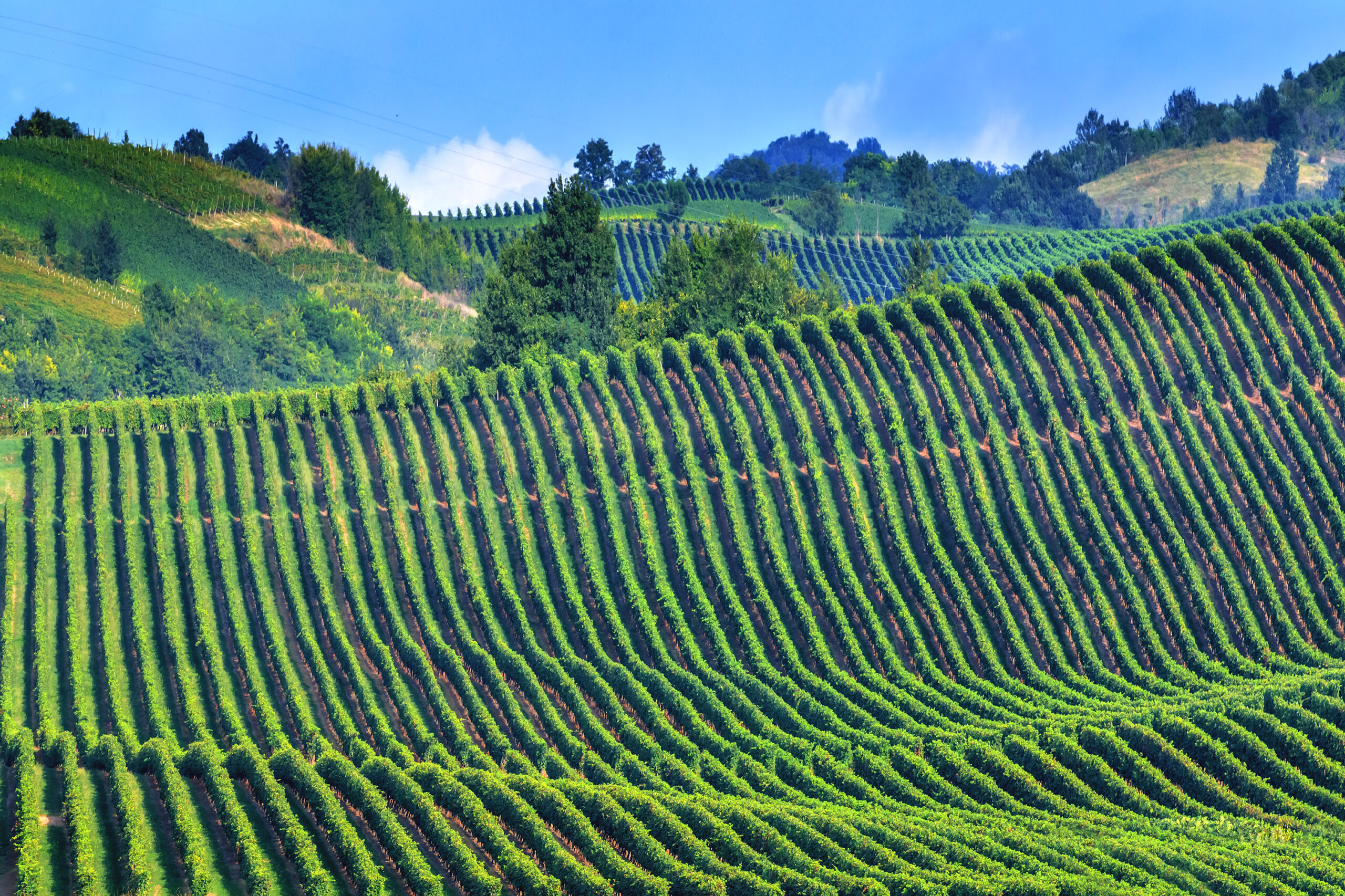 The Bourgueil taste profile is fruity and flexible. In this medium-bodied blend, the bright purple liquid gives off an aroma of leather and roasted meat along with a sweetness of cherries, violets, and strawberries. With its magnificent flavor profile of raspberries with a hint of pencil shavings, Bourgueil is the number one leader in Cabernet Franc popularity, surpassing its neighbor Chinon.

While Bourgueil gives hints of leather and meat, Chinon has a softer aroma with sweet raspberries and roasted red pepper. On the palate, there are hints cherries, like the Bourgueil, but more bitter. Along with cherries, you will enjoy dried oregano and smoky tomato. Its bold, dark purple color and flavors burst at first sip then produce a tingling sensation from the acidity of the Chinon.

French Cabernet Franc should have five to seven years of aging which gives the wine time to level out the acidity and truly develop those captivating flavors of dried fruit and smoky meat.

You may be surprised to find that the warmer climate of Italy is second in Cabernet Franc production. Its vines and fruit are spread over the Friuli region. However, since the Cabernet Franc is not native to Tuscany, these wines are referred to as Super Tuscan.

Super Tuscan wines Cabernet Franc are some of the most popular wines to come out of Italy. They are described when referring to red wines that may incorporate the use of non-indigenous grapes. Unsanctioned wine varieties like Syrah, Merlot and Cabernet Sauvignon were added to these non-indigenous varieties and the Super Tuscan was born.

Super Tuscans maintain a Cabernet Franc taste. The full scent of cherry, blackberry, and red pepper flakes along with hints of gravel and leather make these Super Tuscans easy on the nose. Rich flavors of cocoa and cinnamon compliment the moderately high tannins and mid-range acidity adding richness to the already full of taste.

Tuscany, Italy is the highest price point in the Cabernet Franc wine list. The most notable Cabernet Francs in Tuscany are the Province of Livorno, the Bolgheri, and the Suvereto.

Sierra Foothills Cabernet Franc isn’t much different in taste to the two regions already mentioned. However, bold aromas of raspberries and strawberries combined with hints of mint and roasted jalapeno make it unique. When sipping a Cabernet Franc from the Sierra Foothills, you will taste flavors of baking spices such as the oregano that comes from oak-aging.

Oak-aging is used by many winemakers to change the tannins, acidity, color, and taste of the wine. The two main methods for oak aging include aging in a barrel or placing staves and oak chips in stainless steel vessels. Both French and American Cabernet Franc makers use oak aging. While French oak aging is sweeter with undertones of vanilla, American oak aging is bold with intense flavors and aromas.

Chile started producing Cabernet Franc more recently than other regions. Before offering the single-varietal Cabernet Franc, Chile’s wines were highly popular with the Bordeaux-style blend. With Chile being hot and sunny it’s hard to believe that it makes a cooler climate wine. The influence of the Andes Mountains with the Pacific ocean has provided the atmosphere and freshness needed to make a wine native to a cooler area.

With deeper and darker aromas like black cherry, peppercorns, and cocoa this Cabernet Franc a little bolder than the others. The taste will erupt with berry fruit and acidity and then smooth out quickly on your palate. Chile uses the same oak aging process as the California Foothills but with a touch of vanilla. Cabernet Franc from Chile is moderately high in tannins.

When choosing a Chile Cabernet Franc it’s easy to grab a middle of the road price point bottle that makes a great host gift. Flavor profiles that are richer and riper come from the Colchagua and Maule Valley while softer Cabernet Francs can be discovered in the Casablanca Valley area.

France, Italy, California, and Chile are the four top contenders in the winemaking industry for producing the best Cabernet Francs. However, there are many different regions that produce them.

South Africa, Spain, and Hungary all have their own, albeit less popular, versions of the Cabernet Franc variety. Cabernet Franc sits quietly on grocery store shelves and isn’t sought after as much Cabernet Sauvignon or Merlot. Its versatility gives this demure wine just the right je ne sais quoi.

How Cabernet Franc Compares to Other Wines:

Cabernet Franc can be a tricky find. Doing a quick search online will return plenty of Cabernet Sauvignon, which we have learned is not the same thing. Here’s a quick list of some of the most enjoyable varieties we’ve found.

The Steele Cabernet Franc is a full-bodied wine with a great balance of oak, cherry, and chocolate. It is complex, rich and contains notes of other dark fruits like blackberry, blueberry, and raspberry. However, the best thing about this wine is the price. It’s a fantastic Cabernet Franc variety for people who don’t want to spend a fortune on a bottle of wine.

I love this one because it helped me ease into the world of Cabernet Franc. It’s balanced, with a great flavor that cultivated and enhanced my love for a unique wine. Plus, it fits into my budget and was a great way to spend my wine money before branching out to other Cabernet Franc varieties.

Grapes have only been growing in the South African soil since 1980, so while Bruwer Raats only has about ten years experience in the winemaking business, this Cabernet Franc variety is complex and intense, with flavors like dark chocolate and spicy fruit. The velvety texture will make you feel like you’re in heaven.

I can’t get enough of a sweet and spicy combination, so this wine is especially delicious to me because of its chocolatey texture. There’s almost nothing better unless you’re drinking this glass while eating chocolate. That’s my version of heaven.

This Argentinian winery loves to experiment with its wines, so this Cabernet Franc is a unique variety with a purple color and mouth-filling flavor. It grows in a cooler region of Argentina and produces an original Cabernet Franc that’s different from most.

I love this one because it’s adventurous spirit matches mine. If you are ever in the mood to take a risk, you won’t regret trying this Cabernet Franc.

This charming Cabernet Franc has herbaceous and violet scents with lavender and berry flavors. It has crisp acidity that packs a real punch. This winery, located in Napa, produces great wines of great vintages.

The light, fruity start with the bold finish is a bit like me. Rough around the edges, but sweet down to the core, we make a great pair. It’s refreshing and fun.

Another affordable Cabernet Franc, this variety comes from the Colchagua Valley in Chile. It has fresh and bright blueberry and raspberry flavors with herbaceous and floral scents. It’s an even better value than the Steele Cabernet Franc and is well worth a try.

I love this one because I love fruit. It’s a refreshing companion to my snack time of nuts, pretzels, or even more fruit.

Walking into a liquor store looking for the perfect Cabernet Franc can be quite overwhelming. The regions, grapes, year, and aging add another element of things to look for when picking out the best Cabernet Franc. Doing research beforehand and choosing which region provides the best flavor profile for your pairing will help you choose the best type of Cabernet Franc.

Going with the native home of the Cabernet Franc from France is the top choice when picking one off the shelf in a wine store. It has a sweeter and softer Cabernet Franc profile that will allow you to indulge and enjoy a delectable wine. Don’t miss out on trying them all before you make a decision on which is your favorite.

Question: What is the difference between Cabernet Sauvignon and Cabernet Franc?

Answer: Cabernet Sauvignon is a better wine and can be drunk on it’s own, whereas Caberet Franc lacks a bit of a structure for being good wine which is why it’s mostly combined with other types of grapes.

Answer: Cabernet Franc is off dry wine and it dooes not characterizes with lot of sweetness.

Answer: Cabernet Franc is a food friendly wine so you will have plenty of different foods you can include in your menu like roasted chicken, pork, seafood, soft cheese and light chocolate cakes.