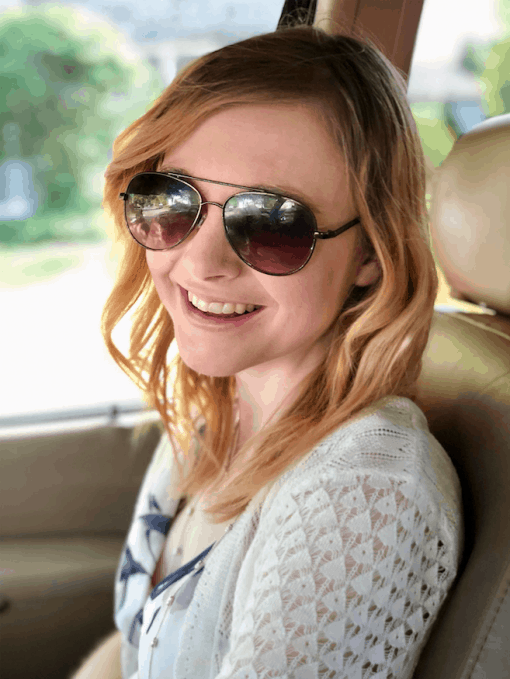 When it comes to wine, many Americans think about French wine – from Champagne to Bordeaux Blends, or perhaps Italian wine, like a refreshing Prosecco or a Spanish Cava. But now signs point to a rise in Brazilain wine.

To be sure, Brazilian wine is not new. While more nascent than other countries with ancient wine histories, Brazil has been producing wines for over a century, but it was only in the last decade that the country really started to make waves outside of the continent.

In the past ten years, the value of the Brazilian wine industry has tripled. That’s due in part to the latter half of the years, and the government’s concerted efforts to push exports to three countries in particular: the United States, United Kingdom, and China.

Despite other economic and social difficulties–or maybe partially because of them–Brazil is continuing its effort to enter into international markets, a tall order when being forced to compete against wine nations such as France and Italy.

A recent headline in the Brazilian Report postulated if Brazil, in fact, could enter international markets with success.

There are signs it may be working.

For one, Brazil’s claim to fame, sparkling wine, is seeing a boom in popularity, with sales exceeding two billion bottles a year worldwide. And while other nations produce sparkling wine, Brazil is especially suited for producing popular, dry bubbly.

Of course, perhaps the greatest barrier to Brazilian wine is simply getting people to learn about it, and all the nation has to offer.

In this article, we’ll touch upon Brazilian wine, what it is, its history, and then provide an A to Z guide so you can learn about everything you need to know to become fully acquainted with this emerging wine nation.

How long has Brazil been producing wine? 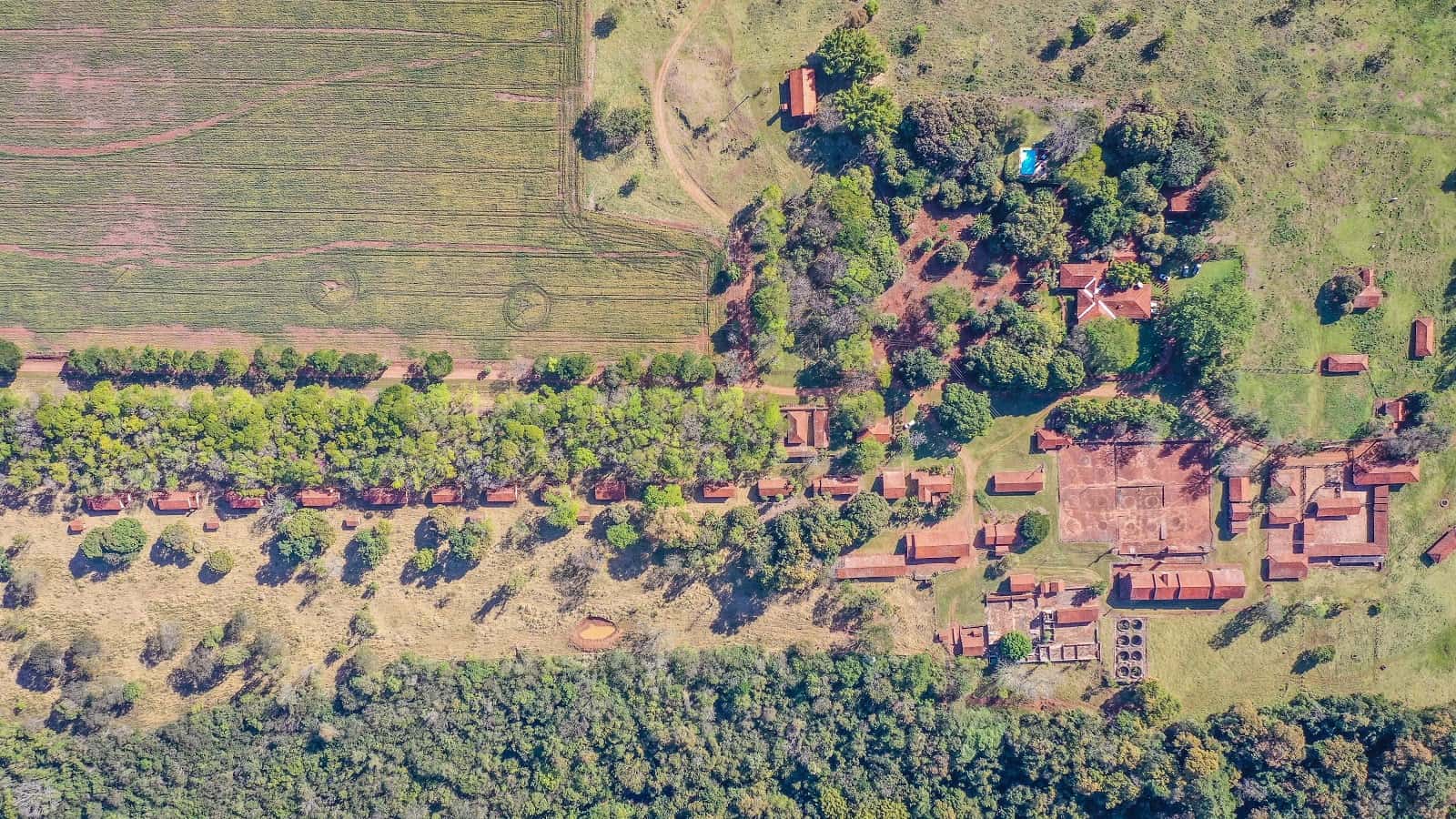 Brazil may not have been producing wine for as long as some nations, but it still has been over a century since the wine industry took hold. In fact, the country has a whole history of starts and stops.

Wine is thought to have first been brought to Brazil in 1532 by Martim Afonso de Souza, a Portuguese explorer and colonial administrator who hoped to begin planting in what was then a colony.

However, the Vitis vinifera seedlings were ill-suited for the southern soil and warm climate and did not flourish as hoped. The next attempt at producing wine in modern-day Brazil was in 1626 when Jesuits arrived in Missões and introduced some of the first vines in the Rio Grande do Sul, mostly for the intent of using wine for religious purposes.

By 1732, Portuguese immigrants were arriving but, despite the desire to plant  Vitis vinifera seedlings were meant with much of the same complications of unsuitable conditions. In fact, around half a century later, there was even an order passes banning the planting of any such seeds.

It was not until 1824, as now German immigrants began to arrive, that an Italian by the name of João Batista Orsi was granted permission by Dom Pedro I  to begin planting European grape varieties. Over the next few decades, other varieties, including American grapes were also planted.

What really solidified Brazil’s place as a wine nation was at the tail end of the 1800s, around 1875 when an influx of Italian immigrants propelled forth a full-fledged wine economy.

What is unique about Brazilian wines?

While this A to Z guide will give you a general idea of what it truly unique about Brazilian wines, one thing that may immediately stand out is how diverse they are.

Why should I consider looking at Brazilian wines as opposed to other wines?

One reason to consider looking at Brazilian wines is simply to expose yourself to something new. Many miss out on some of the best wines simply because they do not try something they never have before.

How do I start learning about Brazilian wine?

Learning about one wine variety is overwhelming enough, but learning about an entire nation’s wines can be even more so. For that reason, we’re giving you an easy to navigate A to Z guide to Brazilian wine to give you a general overview.

Each represents a key part of the Brazilian wine industry and will help you navigate your options.

D: Don Guerino is a family-owned Brazilian winery located in the heart of Rio Grande do Sul. The winery began producing almost two decades ago and is situated about twenty-five kilometers from the hills of the Serra Gaúcha. The winery produces red, white, sparkling and rose wines and has begun exporting to other countries. Malbec, Chardonnay, Teroldego, Moscato, Riesling, Cabernet Sauvignon, Rose, Merlot, and Sauvignon Blanc are all priced rather low. 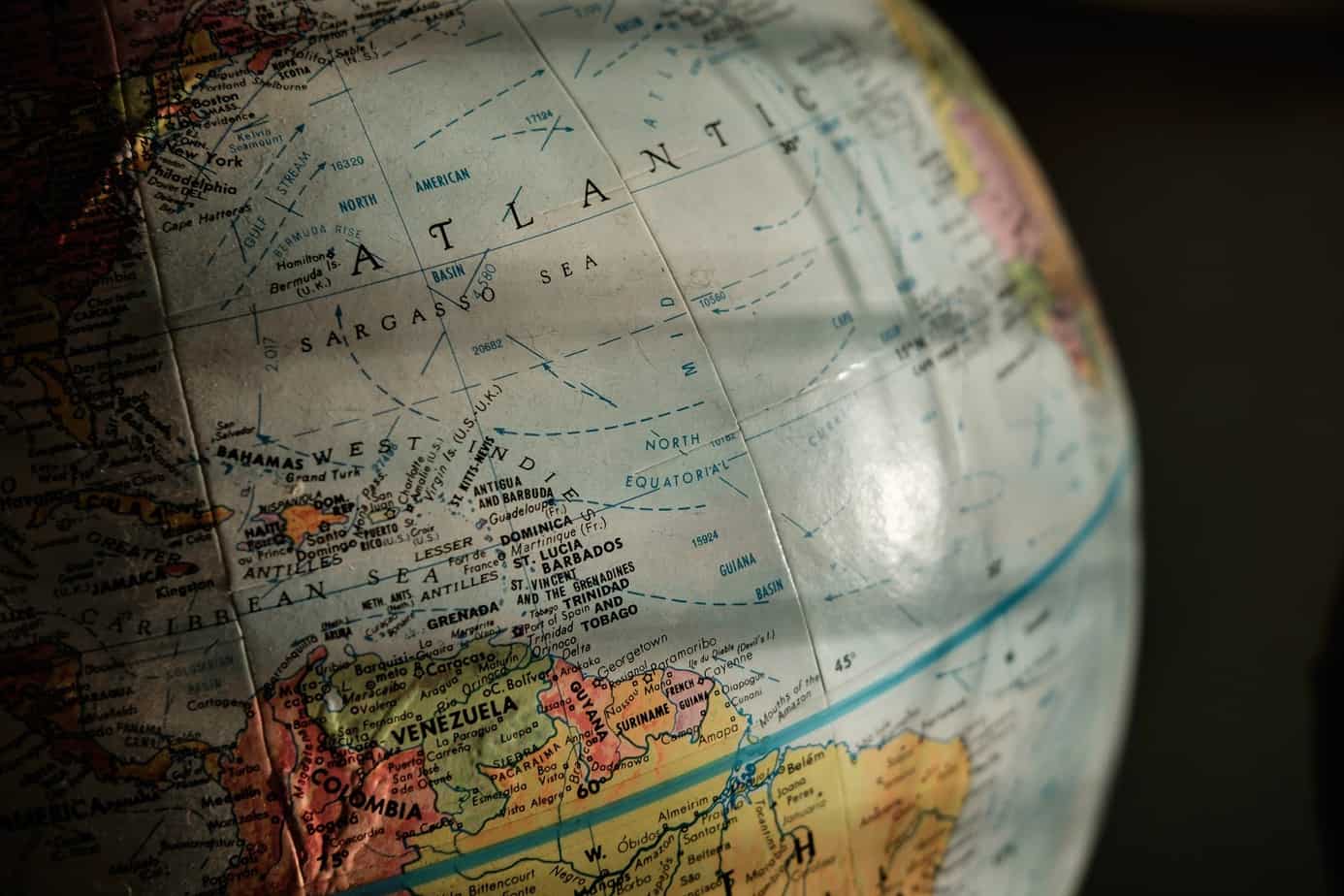 G: Gewürztraminer. Gewürztraminer has been described as a more alcoholic Moscato, featuring tropical and citrus notes such as pineapple, grapefruit, and lychee. Ginger and smoky notes are also common, and the grape originates from the Alps. Intense and full-bodied, it’s suited for wine lovers but not as approachable to others.

J: Jesuits. Jesuit missionaries first arrived in what was then colonial Brazil and were initially endorsed by the king at the time. As early as the latter half of the 1500s through the mid-1600s, the influx of religious practices ushered in a demand for wine production and subsequently introduced new wine varieties.

O: One Hundred Years.  In 2013, Brazil celebrated a century of producing sparkling wine. 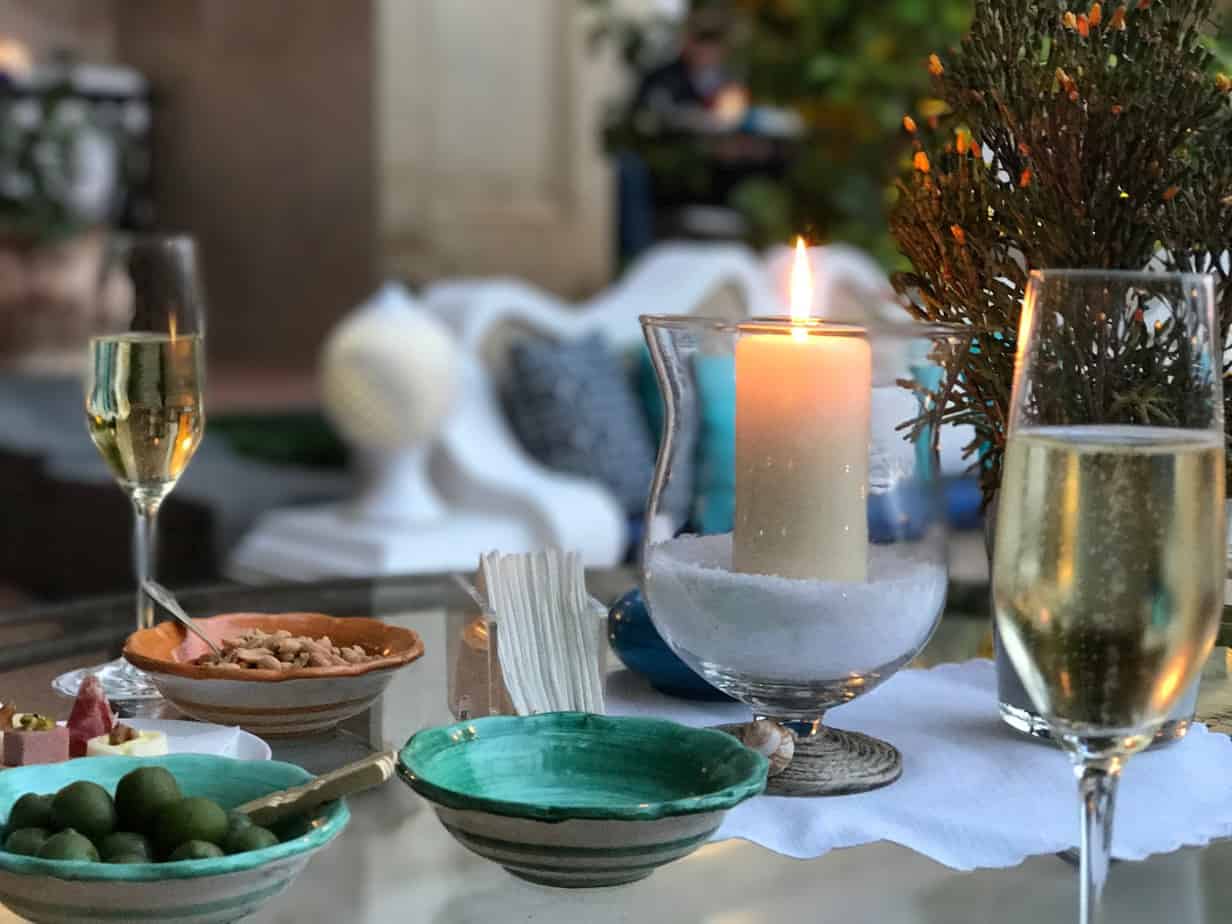 U: United Kingdom, United States, Uruguay. All of these countries play some role in the Brazilian wine industry. The United Kingdom and the United States are two of the three primary recipients of exports. Uruguay borders Brazil and produces wines of its own, both influencing and providing competition.

W: Wind. Brazil is known for fruit-forward, bright, and lighter wines, which is due in part to temperatures and reliable winds, which support both consistent and healthy vineyards.

Do you have suggestions for some of the best Brazilan wines?

Now that we’ve given you an A to Z guide as to what to generally expect when it comes to Brazilian wines, here are a few examples of bottles you might want to try.

A Red wine from Serra Gaúcha, Rio Grande do Sul, Brazil. This wine has 58 mentions of oaky notes (oak, vanilla). 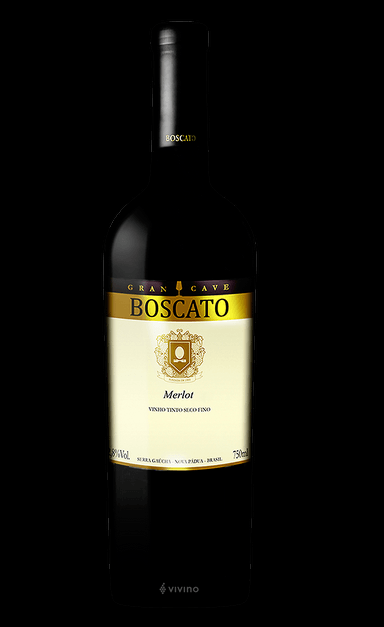 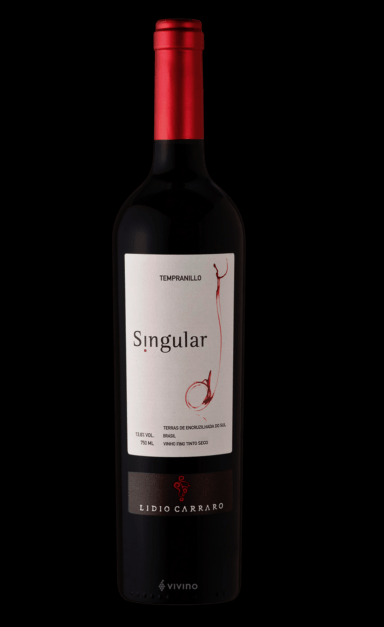 This is a captivating wine, with intensity and vast aromatic expression of dried fruits, such as figs and raisins, notes of almonds, coffee and cocoa liqueur. 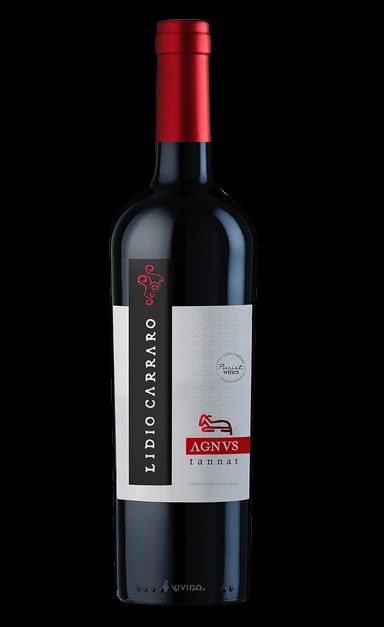 Question: In what region is most wine in Brazil produced?

Answer: Brazil’s most important wine-producing region is called Bento Conçalves which is south of Rio. This region produces 85% of the country’s best wine, and they have the best Pinot Noir, Chardonnay, and Merlot that have become quite wanted from wine lovers, especially in the USA.

Question: What is the most unique Brazilian wine I can try?

Answer: One typical wine that comes from Brazil is Tannat which is a red wine that has a bold flavor of black fruit, dark chocolate, espresso and brown spices and a decent dose of licorice. This wine is dry with high tannins and acidity levels and it ranges from 13% to 15% ABV.

Oh my goodness! Impressive article dude! Many thanks, However I am going through problems with your RSS. I don't know the reason why I can't subscribe to it. Is there anybody else getting the same RSS problems? Anyone that knows the answer can you kindly respond? Thanx!!

Definitely, what a magnificent website and enlightening posts, I surely will bookmark your blog.Have an awsome day!

I conceive this internet site contains some very excellent information for everyone. "Only the little people pay taxes." by Leona Helmsly.

Enjoyed looking at this, very good stuff, appreciate it. "A man does not die of love or his liver or even of old age he dies of being a man." by Percival Arland Ussher.