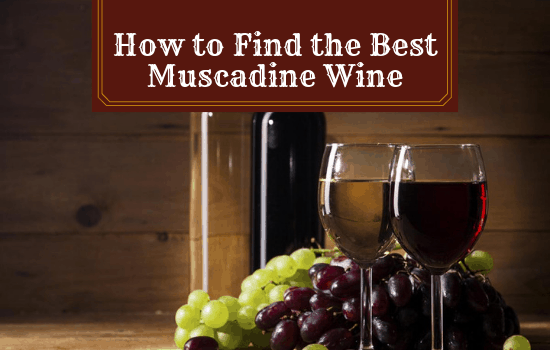 Muscadine wine is made from the only variety of grape indigenous to the United States. No other grape grows here naturally. They were all imported over years of wine trading and experimentation.

Muscadine is a must-try for all Americans because it’s the only native American wine. However, it doesn’t come with the best reputation. It has a storied past, causing it to be widely misunderstood.

It’s a superfruit wine with intense flavor that comes from the warm, humid climates of the deep south like the Carolinas, Georgia, Florida, and Mississippi. This quintessential American wine is fun to learn about and fun to sip. 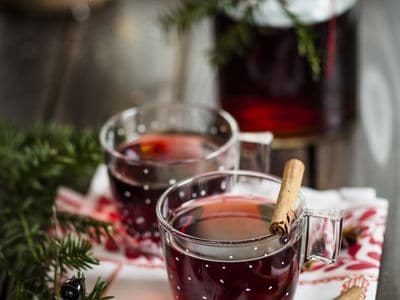 The Vitis rotundifolia grows best in the south because it’s warm and humid. The Carolinas, Georgia, Florida, and Mississippi provide an excellent home for these vineyards with moist heat that fosters their growth.

However, these grapes can be found as far north as Delaware or as far west as Texas and Oklahoma. They thrive in the heat and need very little time to chill, unlike most other grape varieties vintners use to make wine.

The Vitis rotundifolia is a unique grape that acts as a superfood. Due to its thick skin, it is high in ellagic acids, antioxidants, and plenty of other polyphenols that give you energy and revitalize your cells. The thick skin acts as a protector and a storehouse for all of these things that are great for your health.

However, because the skin is so thick and hard to chew, people who enjoy the flavor typically puncture the skin and suck out the juices inside. It lends itself well to winemaking because it imparts the same flavor and health benefits without all of the extra chewings.

Muscadine wine is the only wine made from such a superfood, making it even more unique. In its natural form, Muscadine grapes provide excellent food and shelter for wildlife. Their skin is tough, and much like eating a plum. It’s an acquired taste that most people don’t care for.

The Muscadine grape is found in its pure form throughout the southern states. Taxonomists have suggested giving it it’s own genus because it’s so vastly different from other grape varieties. It contains 40 chromosomes instead of the typical 38, and while these grapes can be bred with other grape varieties to produce hybrids, but these hybrids are typically sterile.

Vitis rotundifolia ranges in color from gold or bronze to almost black. They will sometimes stay green throughout the ripening process before they turn. This makes for a wide variation of resulting wine colors that aren’t always consistent. They can produce white or red wines of medium body with flavors like white flowers and banana to rich red fruit. 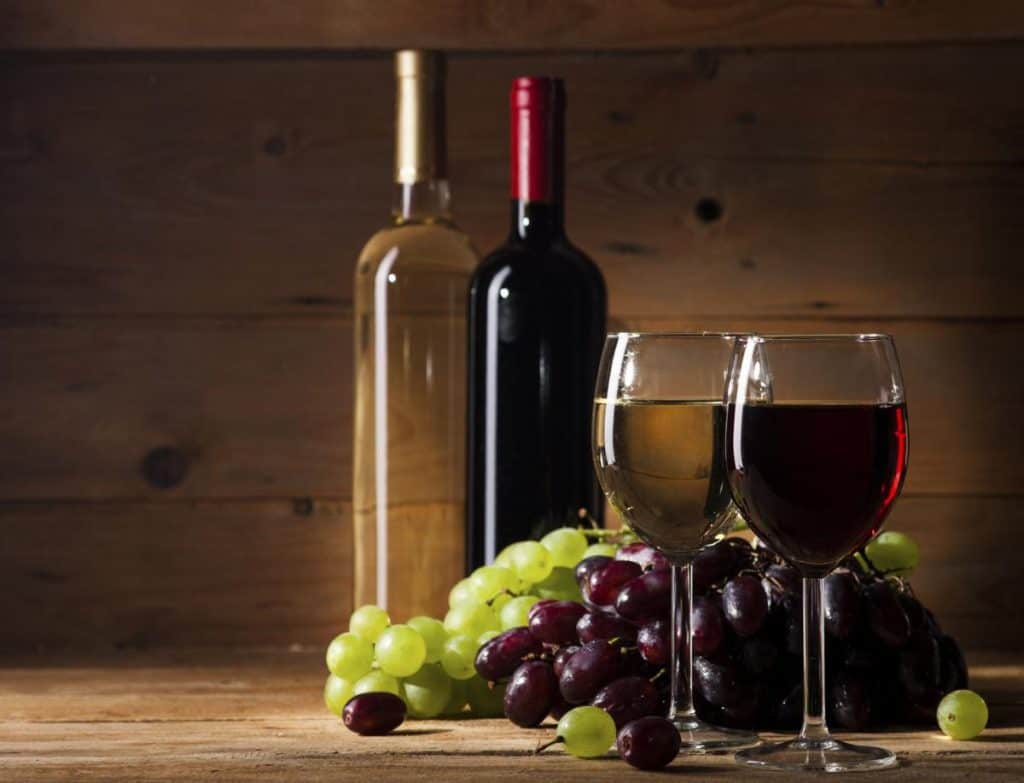 These grapes can grow rapidly in size up to the size of a golf ball, often producing up to 100 pounds of grapes on a single vine, resulting in hand harvesting. They are naturally low in sugar, so winemakers often add extra sugar to increase their alcohol content, but you can occasionally find dry versions.

The Vitis rotundifolia is a hardy grape resistant to the devastation of pests and other diseases. Phylloxera is one of the most common insects to feed on and pass fungal infections to grapevines, killing the vine at the root. Muscadine adapted well to its environment early and it produces a natural repellant.

Muscadine wines have been around since the 1500s. While winemaking with Muscadine grapes started around St. Augustine, Florida, the oldest vine is the Scuppernong, which was discovered in 1584 in Manteo, North Carolina.

There are several other Muscadine varieties known to make wine including Carlos, Noble, Higgins, and Ison, but they’re all said to have originated from the Mothervine on Roanoke Island.

The Mothervine was discovered by Englishmen sent to the new world in the late 1500s by Queen Elizabeth. They found the absence of wine to be quite fascinating. The Native Americans simply ate the grapes for nourishment instead of harvesting them and deliberately making alcohol.

The Englishmen saw the land overflowing with vines and thought surely this new land had an abundance of wine. However, because most of the wine they drank back home was imported from Italy and France, they knew nothing about fermenting these grapes. The only thing they were able to do was to make corn whiskey out of the Native American maize. 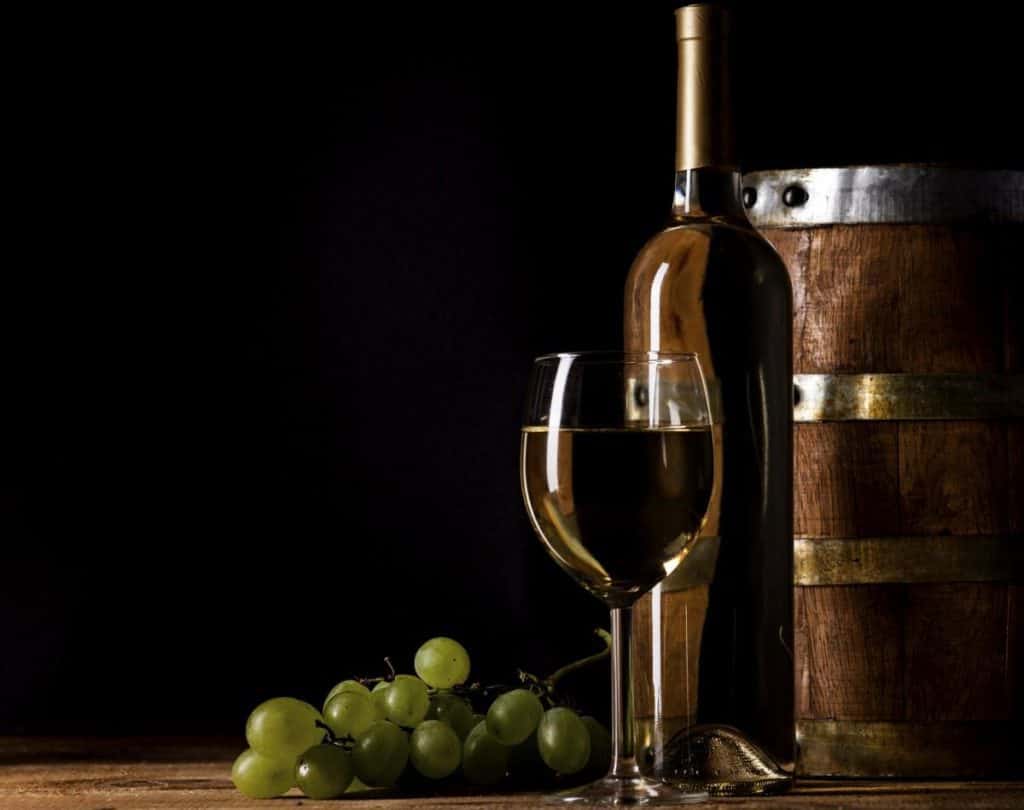 Despite not knowing anything about the fermentation of grapes, they saw great potential in this Roanoke Island variety and took several clippings of the Scuppernong back home with them. Unfortunately, because the Scuppernong thrives in hot climates, it died in the cold England weather.

Much of the Scuppernong’s transformation into wine is still unknown, but there are a few theories. Did the English settlers bring techniques from overseas? Did the Native Americans acquire this agricultural skill naturally? Did the white man and the Native Americans work together to create their own fermentation regimen?

No matter how it happened, the Scuppernong on Roanoke Island is still alive and well. It’s called the Mothervine, and it is cherished among North Carolina residents and lovers of Muscadine wine everywhere.

Every summer, the Scuppernong is celebrated in the Waterside Theatre on Roanoke Island with a symphonic drama called The Lost Colony, written by Paul Green, a Pulitzer Prize-winning playwright. Both are a treasure in North Carolina.

While it’s never been proven, most people credit Sir Walter Raleigh and his men for discovering the vine. Still, others say it was a group of settlers accompanying John White who planted the vine in the first place.

Over the years, the Mothervine property has changed hands several times. Passed down the Baum family for generations, the Wilsons purchased it in 1957 and still care for it today. 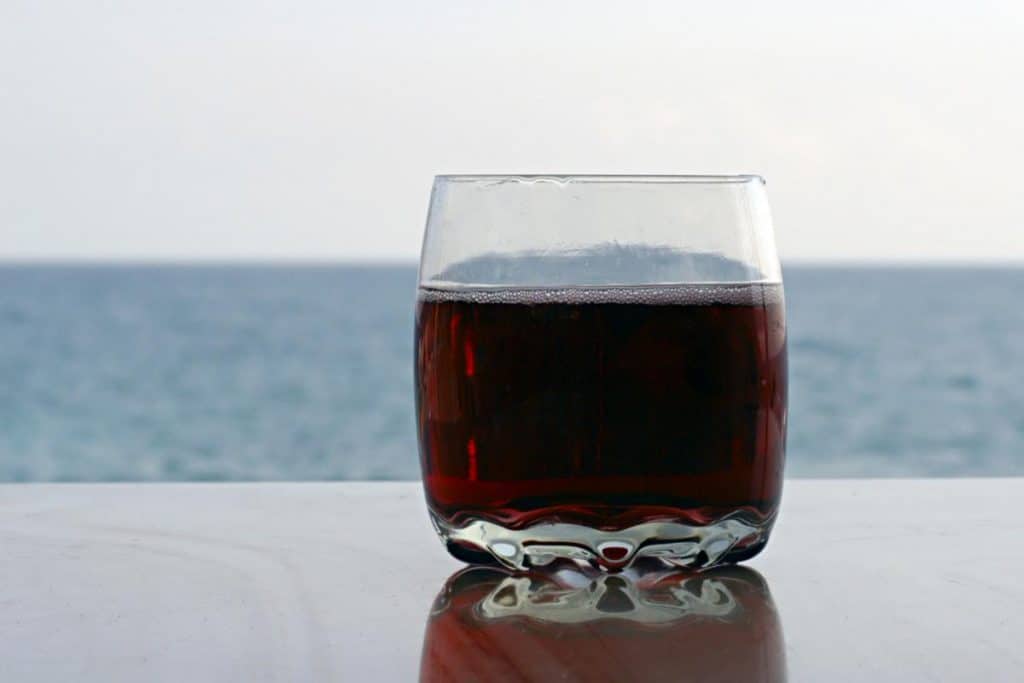 Muscadine is typically sweet, but that’s not because the fruit on the vine is naturally sweet. It’s because winemakers add sugar during fermentation to make it that way. The Muscadine grape lacks natural sugars and you can find dry varieties of Muscadine wine in some places.

Muscadine wine is an acquired taste. It has powerful aromas that may offend sensitive noses or people who don’t enjoy its overwhelming properties. Its primary flavors include bruised apple, ripe banana, cranberry, lime peel, and rubber cement.

These flavors are very intense with an overpowering brown, overripe banana scent and subtle hints of melon, cranberry, and lime. They can also smell like rubber cement or pine resin. They are medium bodied wines that can also contain strawberry or honeysuckle notes.

When drinking Muscadine wine, you can feel the astringency close to the finish and along the sides of your mouth. Also present in the finish are pine cone, saline, dried fruit, and rubber cement, making this a bitter, acidic wine that not everyone will enjoy.

The fruit is the dominant flavor in Muscadine wine and it is definitely for people with a sweet tooth because of its intense taste. It has a candied sweetness akin to other southern traditions like incredibly sweet tea or candied yams.

White and red Muscadine wines have slightly different tastes but both are very sweet, bitter, acidic, and medium bodied. White exhibits banana, floral, and bruised apple flavors while reds are stronger in cranberry and strawberry taste. However, both red and white have hints of pine cones, lime, salt, and rubber cement. 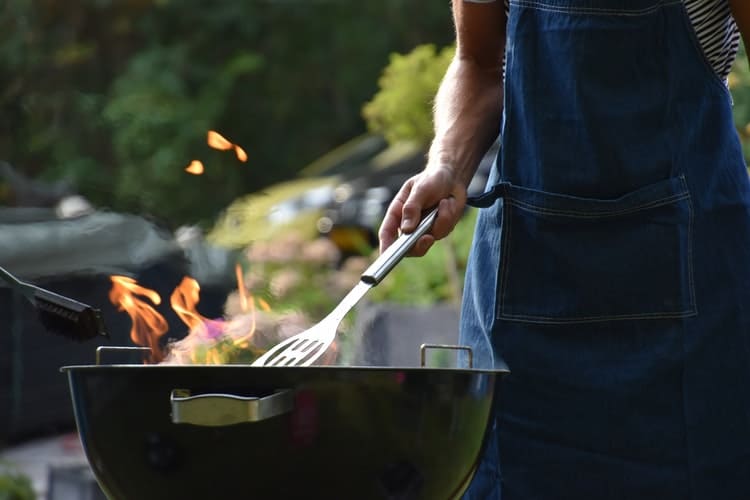 Muscadine wine’s sweet flavor pairs well with BBQ and spicy foods. To enjoy a true Southern tradition, pair it with smoked pulled pork, ribs, or brisket. Pork chops and sausage also go well with a bottle of this unusual wine.

Red wines don’t typically pair well with fish and chicken, but a sweet red Muscadine does. You can also enjoy it with dessert if you enjoy an extremely sweet experience. Because Muscadine is sweet by itself, you can enjoy it as a digestif.

Apprentice oenophiles beware: Muscadine wine is definitely not for everyone. We’ve already established it has a very unique flavor that takes an acquired taste. It can assault your senses and turn you off almost immediately by just its strong aroma.

However, if you are still keen on trying it, here are some options. Remember, quality Muscadine wines are not easy to find because of their limited production, so if you don’t find one you like right away, keep trying until you do.

Besides it’s remote, pristine beaches, excellent fishing, and rich history, Hatteras is known for this particular Muscadine wine, strong in blackberry flavor and enjoyable as that after meal treat we were just talking about.

Home to the annual Summerfest Grape Stomp Festival, this Clermont, Florida winery has a Muscadine wine that combines strong berry flavors with a sweet start and a dry finish.

Another of Lakeridge Winery’s offerings is an affordable little bottle of light, sweet, white dessert wine.

This Muscadine wine from Georgia’s Chateau Elan is a light, a sweet wine made 100% from the Muscadine grapes grown in Georgia. It features a crisp and classic taste.

This balanced red has intense fruit flavors from Muscadine grapes grown native in St. Augustine, Florida, where the production of Muscadine wine is said to have originated.

Is Muscadine wine the same as Moscato?

Muscadine is a grape variety very different from Muscat and Moscato. This wine is native to the United States and tends to have a very sweet profile.

Are muscadines good for diabetics?

Muscadine grapes are not only sweet in flavor but it does have a higher level of sugar than most red grapes. That’s why it is recommended for people with diabetes to be careful with the portion of Muscadine they eat.

Can you eat the skin of a muscadine?

The skin of Muscadine grapes are thicker than other grapes, and even though many people prefer to squeeze them, the skin of the grape is edible.

This fascinating and historic indigenous grape is not yet well understood, but it’s well loved by those who live in the south, and they produce affordable and unique wines. It’s hard to justify research on a low-value crop, but people are slowly experimenting with the Muscadine grape and what other spectacular things it can do.

If you have a hankering to try the only wine made out of a superfruit, Muscadine is rich, aromatic, and sweet. It’s a southern tradition that everyone should know a little bit more about.

Syrah vs Petite Sirah – Find the Best Grapes and Flavor!

Pinot Gris vs Pinot Grigio – How Are They Different?