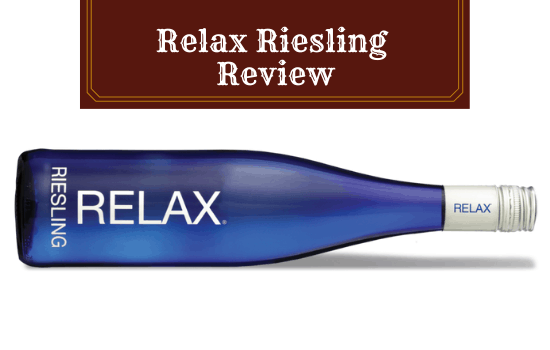 As we near the holiday season, interest is likely to spike in wines of all kinds, but it’s still the most popular wines, such as Sauvignon Blanc, Moscato and Chardonnay you’ll find on the table. Yet according to recent surveys, a fourth wine joins that list, both for those living in the UK and the United States: Riesling.

According to a survey published by YouGov, Riesling is the fourth most popular wine for the reason, which may come as a surprise but may also explain the success of a brand like Relax Riesling.

The cool blue label and clean design is inviting and immediately brings to mind other affordable wine names, especially in the United States. Even if you’ve never heard of Relax Riesling, there’s little doubt that this wine, with its calming and minimalist design, joins a trend and also answer a shift in the way we, and especially younger generations, think about and consume wine.

In fact, the push to make wine feel more accessible, drinkable, and trendy permeates many countries. In Canada, Vancouver is promoting wine festivals featuring new grape blends, appealing, modern labels and a youthful presentation to appeal to younger generations. Andre Mack, a sommelier in Napa Valley, advocates for more minorities to become involved in winemaking, to make the world of wine more diverse and appealing.

Even those still producing high-end wines seek to break down preconceived barriers that haunt wine more than they do other beverages and spirits. In New York, Jacques Alexandre Azoulay and Scott Glauber are working together to bring fine French wine to America markets in a more approachable and accessible way.

The problem? Sometimes it’s difficult to discern what wine is worth your money and if the wine lives up to its marketing.

With a plethora of choices flooding the market, especially for popular wine varieties such as Riesling, what we need to do is to fully investigate both the company and the wine itself.

In this review, we’ll cover your frequently asked questions and tell you everything you need to know about Relax Riesling. 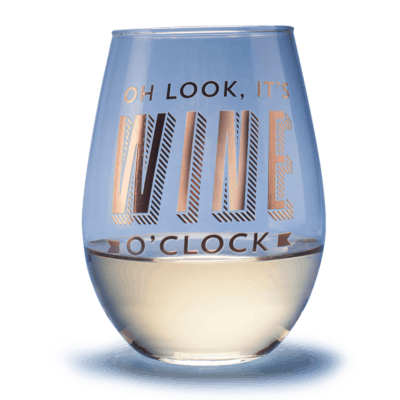 Riesling is a white German wine, presenting citrus notes, most commonly lime, pineapple, Meyer lemon and apricot. Crisp notes from pears and apples are also common, with more floral aromas of jasmine. It’s highly acidic and ranges from pale to dark yellow. Riesling may be known as a sweet wine, but it ranges from dry to sweet. Most commonly known for sweet and acidic properties, it is versatile, with popular pairings ranging from mild cheese; roasted vegetables;  and meat (pork, chicken and shrimp). Above all, it has a reputation for being both crisp and juicy, what you might associate with a fresh apple.

How long does Relax Riesling last? 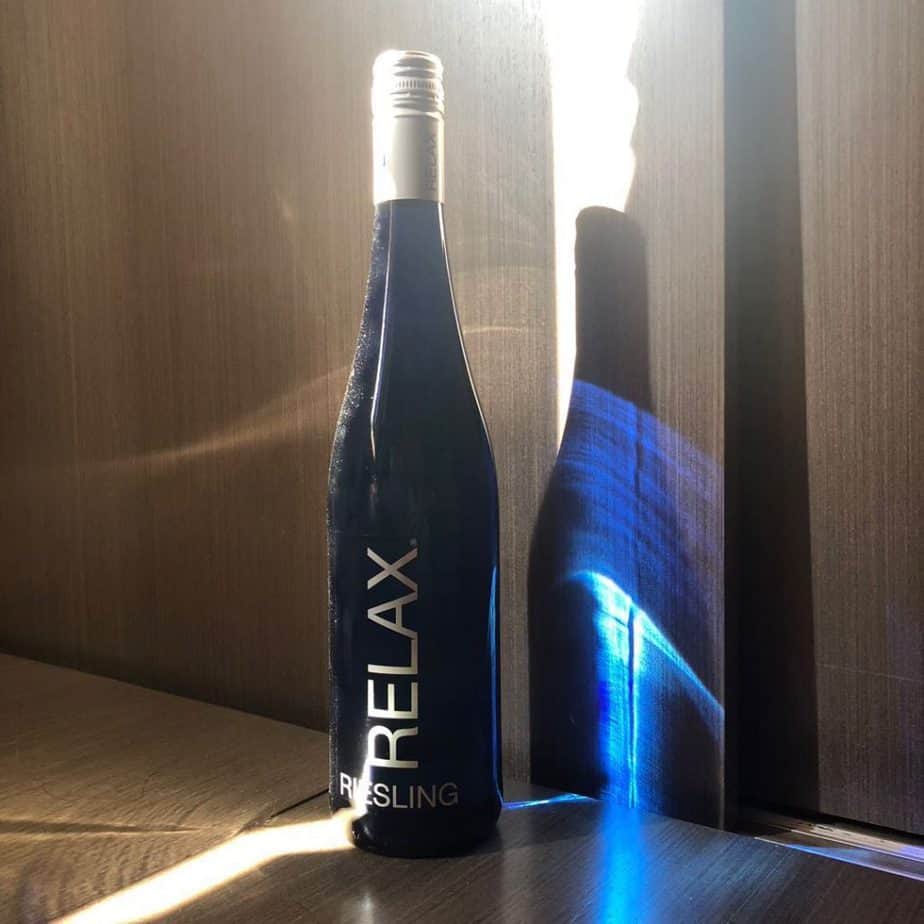 Relax Riesling is no different than other Riesling, or most wines in terms of durability and storage instructions. If properly stored, wine can last many years unopened. In order to ensure that wine lasts as long as possible, you should invest in a wine rack or cooler.

What does Riesling pair with?

While the best food pairings are dependent upon individual differences (soil, climate, ageing, brewing process etc), in general Riesling is a fairly versatile wine. Light seafood, even sushi are great choices, but so too are spicier dishes, especially Asian cuisine. When selecting meat or fish, opt for lighter rather than dark and red meats or fatty fish.

How much does Relax Riesling cost?

Relax Riesling does not have one set price and can be purchased through a few outlets. On Total Wine, a 750ml bottle costs around eight dollars, making it an especially affordable wine and on track with more accessible competitors.

Since many wines are produced with yeast during a specific process, many are not vegan. While Relax Riesling doesn’t use animal/dairy products during filtration, egg whites are used during one the final stages, and later filtered out–so while Relax Riesling technically doesn’t have animal products, it is not one hundred per cent vegan.

Relax Riesling is actually not a sweet wine, though the flavours may give the impression of a bit of sweetness. It’s both crisp and fruity profile makes it drinkable but not cloyingly sweet.

Is Relax Riesling worth it? 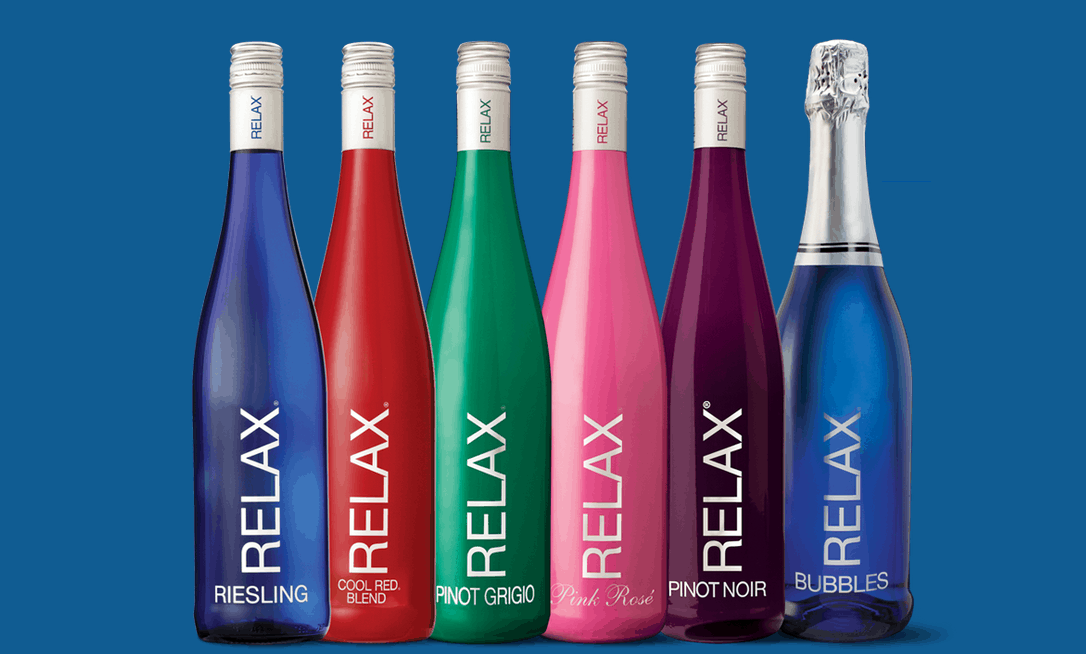 Now onto our main review of Relax Riesling. In order to determine whether or not this wine is worth your money, we’ll investigate the company, reviews, and general but key characteristics of the wine itself. In addition, we’ll be looking at how it fares in terms of overall value.

Most wine brands and labels present a certain ethos. For some, it’s about the terroir, of the specific characteristics of a wine from a growing region. Others note the method of brewing, filtration, or specific grape varieties. Relax places accessibility front and centre, presenting the label as a wine that is “great tasting” without any “flashy labels” or “gimmicks,” making the target audience of younger generations evident.

From the clean-cut designs of its labels to the modern but simple webpage, wine is presented as something to be enjoyed not just with special occasions, for a more regular basis. Their slogan, “How America Unwinds” and the name itself (Relax) again ties into the trend of trying to appeal to wine that feels more customer-friendly, less fussy, and more affordable.

What do we know about the company?

How can I order Relax Riesling?

Relax Riesling can be ordered through general wine sellers, include online stores such as Total Wine.

What are the characteristics of the Riesling?

Is there just one variety? Claimed to be America’s ‘favourite’ Riesling, Relax has just one variety, a bottle than on average retails for seven to eight U.S. dollars, making it especially affordable. While on the product page, information is a bit more limited, if you scroll down to “technical details,” you’re supplied with a fairly impressive level of detail, down to the grams of residual sugars.

Is Riesling the only wine offered?

While Relax is perhaps best known for its popular Riesling, the company also sells other wine varieties, including a red wine blend; Pinot Grigio; Rosé; Pinot Noir; and sparkling wine.

It appears most of their wines are on the quality level above table wines but do not reach higher quality wines. It’s also important to note that all Relax wines do not appear to be aged, but young. Due to their level of classification, they likely do not exhibit as ripe as some other wines might. In general, they tend to be drinkable wines that are of reputable quality, but not of high value.

While we’ll mostly be focusing on Riesling, as well as the company as a whole, here’s a quick glance at the other wines Relax offers:

How is Relax Riesling perceived among the wine industry?

What do customers have to say about Relax Riesling?

Do we recommend to Relax Riesling?

As a whole, there is plenty to admire about Relax Riesling. Too often, affordable, popular wines sacrifice a good deal for a lower price point. It’s common, for example, to have difficulty locating information when it comes to the region, soil type, and sometimes even grape varieties or country of origin. Another common problem is vague superlatives and next to no information about flavours notes, levels of acidity, or the nature of tannins.

That isn’t the case when it comes to Relax Riesling. You’re provided not only a full company history, but also access to everything from classification, flavour notes, aromas, and finish, to grams of residual sugars, levels of acidity, and even suggested food pairings.

That isn’t to say there aren’t drawbacks: certainly, this is not the highest quality of the wine, nor is it aged, and nor will it present as especially complex.

How long does Riesling keep after opening?

A good bottle of riesling that hasn’t been opened should be good for 3 to 5 years. If you open a bottle, to make sure you enjoyed it at its best, it only really stays good for about a week. Remember to always keep it refrigerated.

How many calories are in a glass of Relax Riesling?

Where is Relax Riesling made?

Relax Riesling was originated in Mosel-Saar-Ruhr, Germany, but it is now produced in the United States as well.

For its price point, in addition to multiple awards and praiseworthy customers, Relax Riesling is a good value.

How to Find the Best Bordeaux Wine

A Review of Apothic Dark Wine: Is This a Good Bottle?