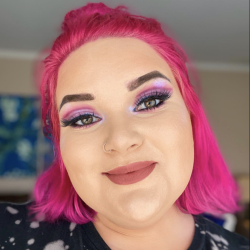 Alizabeth Swain
Alizabeth is a content writer and editor. She loves wine and subscription boxes. If there's a subscription box that offers wine, you can bet Alizabeth's tried it. She enjoys combining her passion and sharing them with you. In her spare time, she enjoys video gaming and owns a youtube channel called curvyhipsandtintedlips.

I decided that I needed more wine and cheese in my life. As I looked for subscription boxes to feed my subscription addiction, I discovered a company called Wine Down box.

I mean, who wouldn’t want to have one delivered to their homes?

Inside of each one down box, you’ll receive a monthly wine, cheese pairings, and salami parings. But is the $70 a month pricing worth it?

That’s why today, I decided to dive in to give you a complete review and then boxing of my very first wine down box. If you’re interested in learning what’s inside the white down box, keep reading to learn more!

The Wine Down box

Sometimes, all you want to do is cuddle up on a Friday night with some cheese, salami, and an entire bottle of wine to yourself. Overall, I got a classy fun vibe to my Friday night when trying my Wine Down box.

With the holidays quickly coming up, I also feel like this would make a great gift for any wine lover in your life.

One bottle of wine from a Wine Down box was $63, with free shipping. Wine Down box memberships is sent out bi-monthly, meaning that you’ll receive one box every two months.

Due to the varying state laws for alcohol shipments, only a select number of states in the United States can have the Wine Down box shipped to their home.

Inside of each one down box, you’ll receive one artesian on cheese that comes from a variety of cheeses makers. You’ll also receive one limited edition California wine, and which is claimed to be made in a small batch. 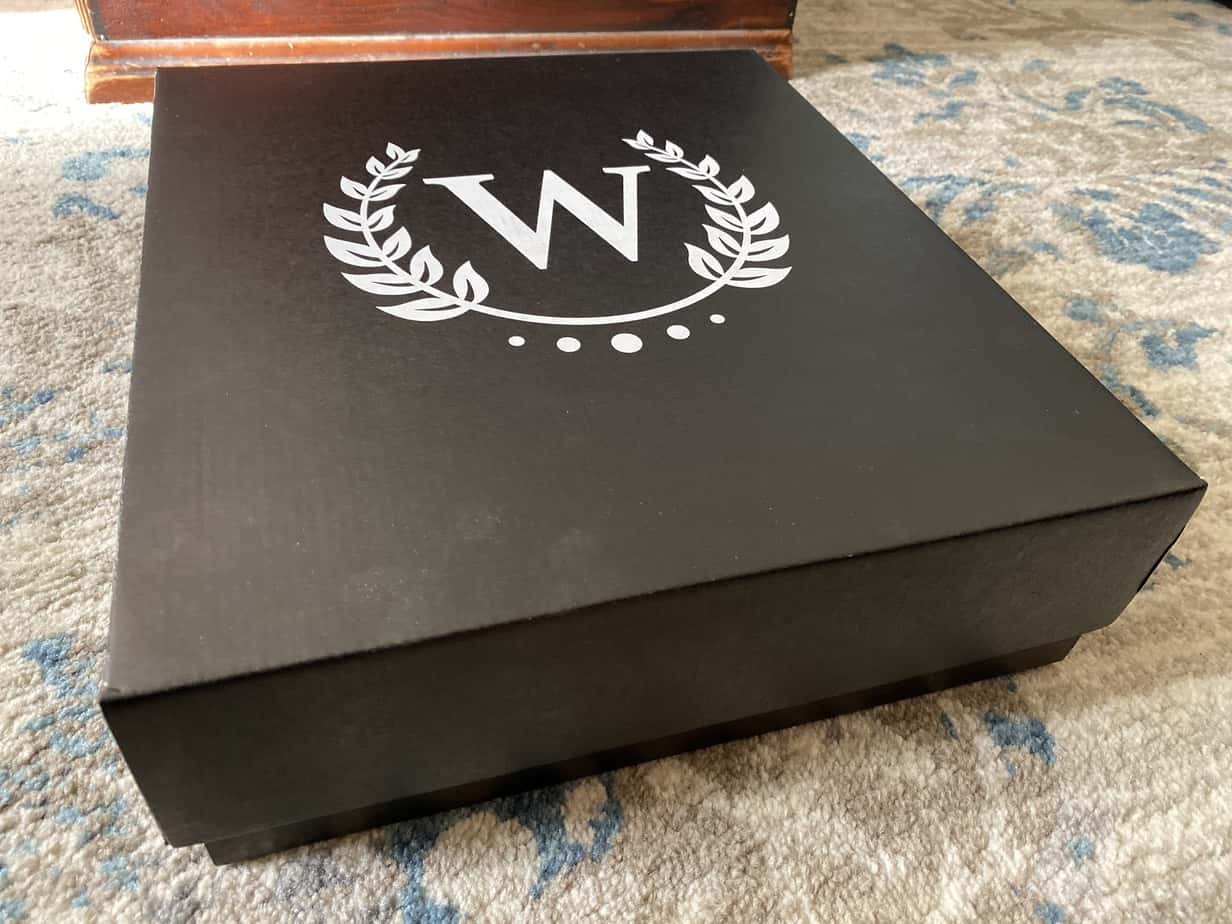 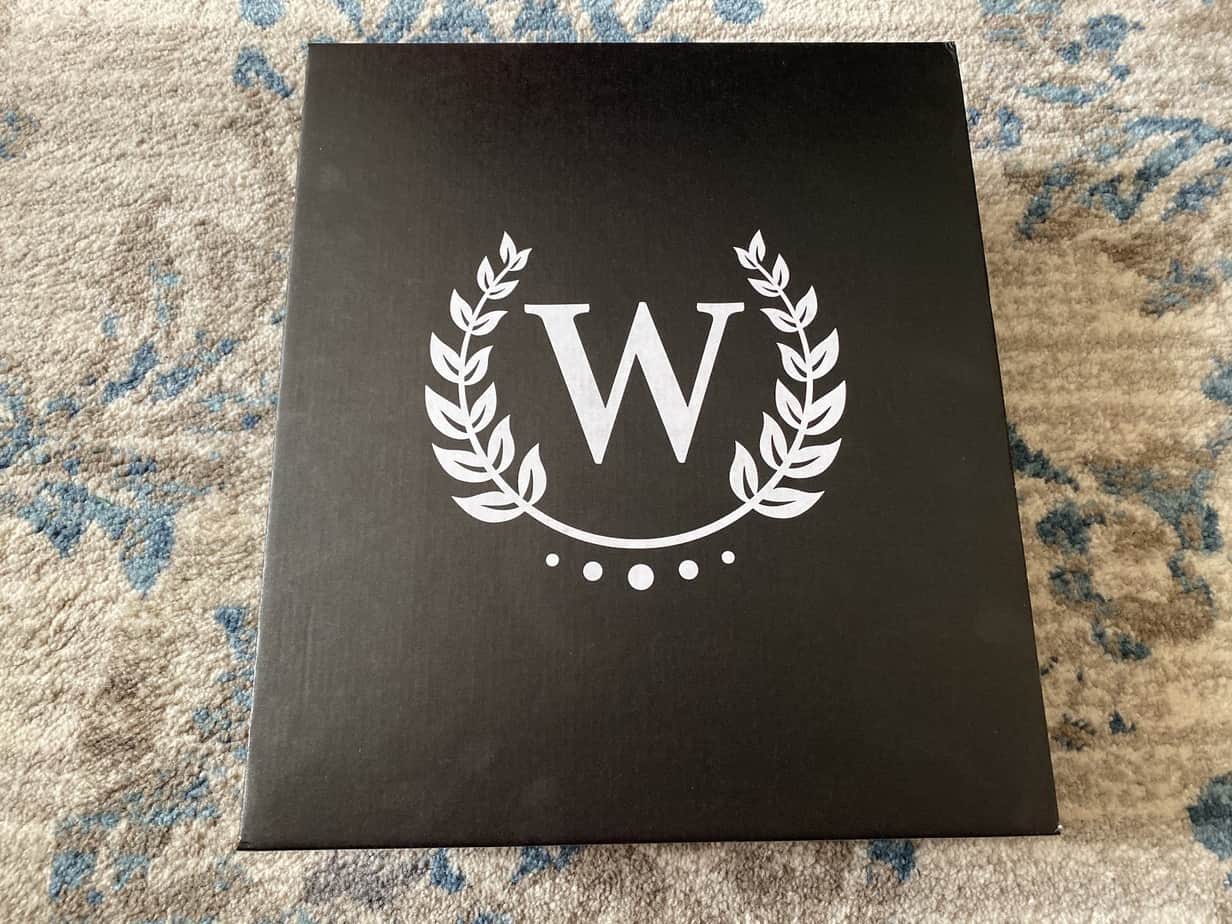 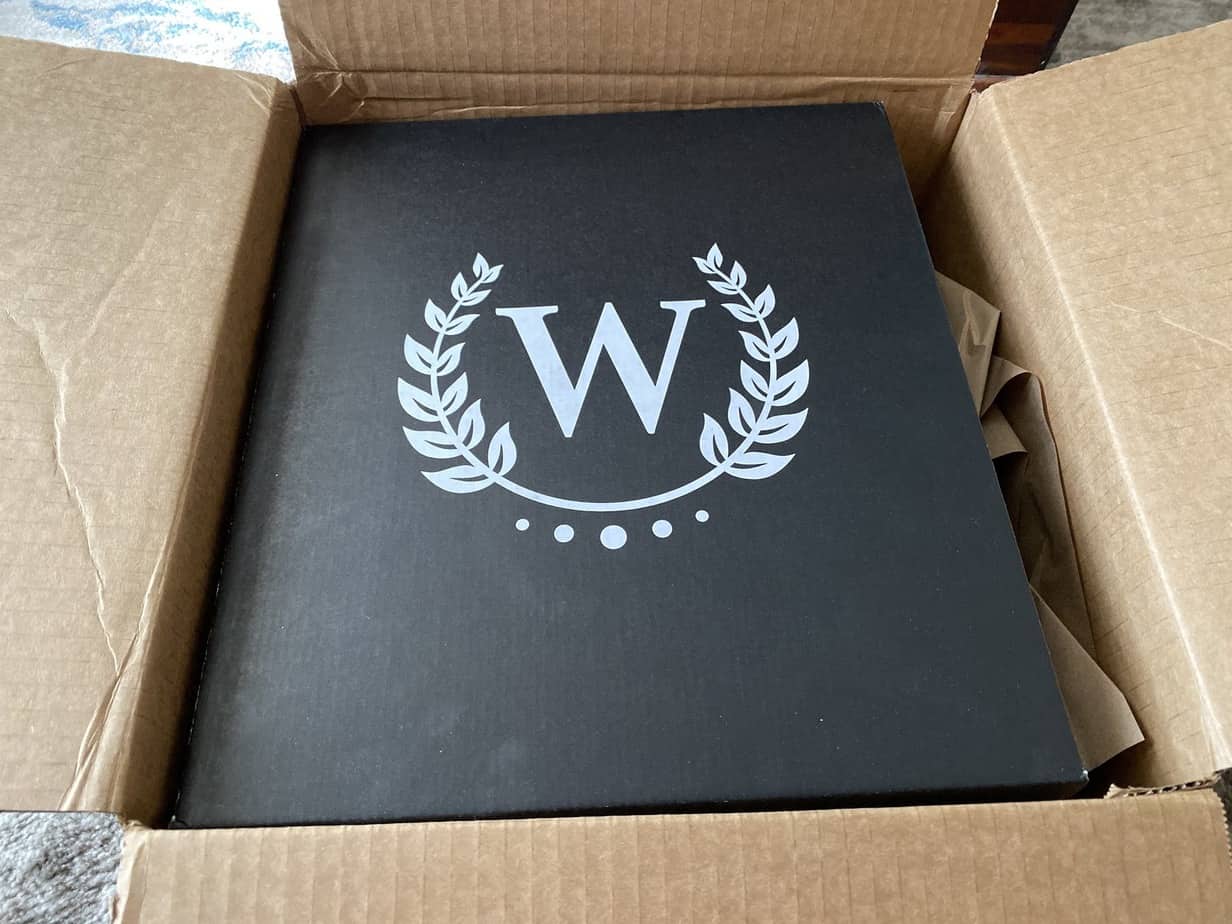 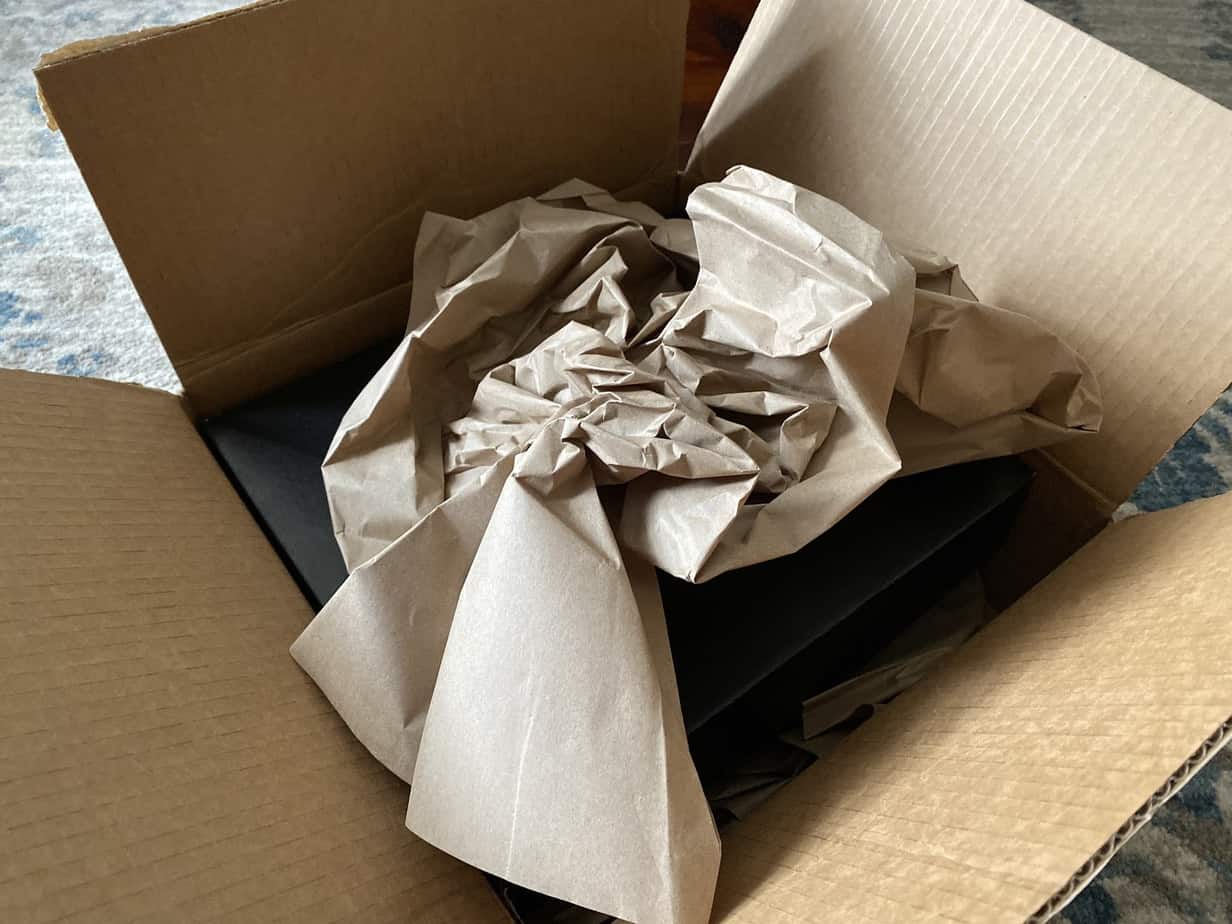 Due to the heat that Maryland receives, my first box wasn’t shipped until the end of October. About four days after I received notification that my boxes shipped, I received a massive package delivered by FedEx from Wine Down box.

Excited as ever, I ripped open my brown shipping package to unpack a beautifully classy black box.

I read that one down pass was supposed to include an ice pack to ensure freshness of the products upon delivery. However, my package did not contain an ice pack. Later on in this review, you’ll see how that came around to haunt me.

This box is made of high-quality cardboard and is now sitting in my living room because it’s such a beautiful piece of decor.

As I open up the lid of my black cardboard box, I found the salami on top of the box. Underneath of the salami, I discovered cheese, a cardboard box that contains crackers, and my wine.

I’m allergic to pork, so I had my fiancé taste test the salami. He took one bite of his salami and immediately spat it out. He said that the salami tasted spoiled.

I smelled inside of the open package, and a salami did smell spoiled. While I couldn’t taste the salami to agree with his opinion, there was a little bit of sliminess to it when we opened up the package. The overall aroma from inside of the salami package was less than pleasant.

I am going to go ahead and assume that an ice pack was forgotten to be placed with my order, as the salami arrived a spoiled. I did open up this box immediately after I received it come up, so I know that the salami was spoiled upon arrival.

The cheese that I received in my box was this Plymouth hot pepper artisan cheese. I thought that the hot pepper cheese was exciting to receive in a wine box come up as I was assuming that I would get more delicate flavours.

This hot pepper cheese has chunks of jalapeños in it. The hot pepper cheese wasn’t very spicy, although I didn’t enjoy the hard chunks of hot peppers inside of the cheese. I’m a cheese fanatic, and literally, love all types of cheese. So I wasn’t entirely in love with this cheese, but after all, this is a wine box and not a cheese subscription.

The wine that I received in my Wine Down box was a 2016 Golden Heart Moscato. 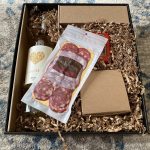 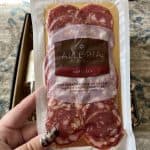 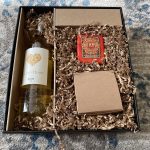 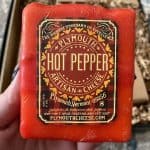 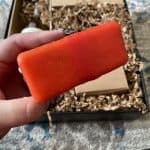 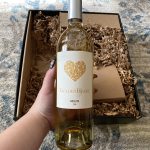 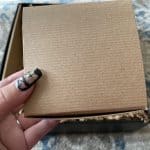 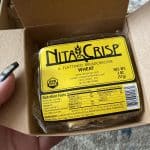 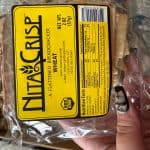 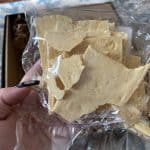 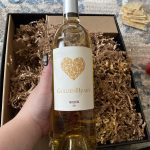 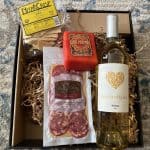 I received a little card in my Wine Down box that explained the pairing that I had in my box.

The 2016 Golden Heart Moscato is needed to be a luxurious wine that has aromas of passionfruit and pear. When drinking the golden hard one, you can taste white peach, nectarine, plum, and honeysuckle. Wind down box also stated that the touch of sweetness and the golden heart wine pairs perfectly with spicy foods, which is commonly found in international cuisine.

The Plymouth artisans hot pepper cheese it’s a natural Rall milk version of the American pepper jack. This cheese was Age for 60 days to help increase the flavour and the heat of it.

Wine Down box did say that some bites of the Plymouth artisans hot pepper cheese will be spicier than others, but combined with the Golden Heart Moscato, it makes a surprising journey of spice and sweetness.

Jalapeño and habanero were added to the cheese during the curding stage, creating a lively and bold cheese. Last but not least, the Sopress from Alle-Pia Fine cured Meats was crafted with  Paso Robles Zinfandel wine, natural spices, and cayenne pepper to help provide extended contrast with the sweetness of the Golden Heart Moscato. 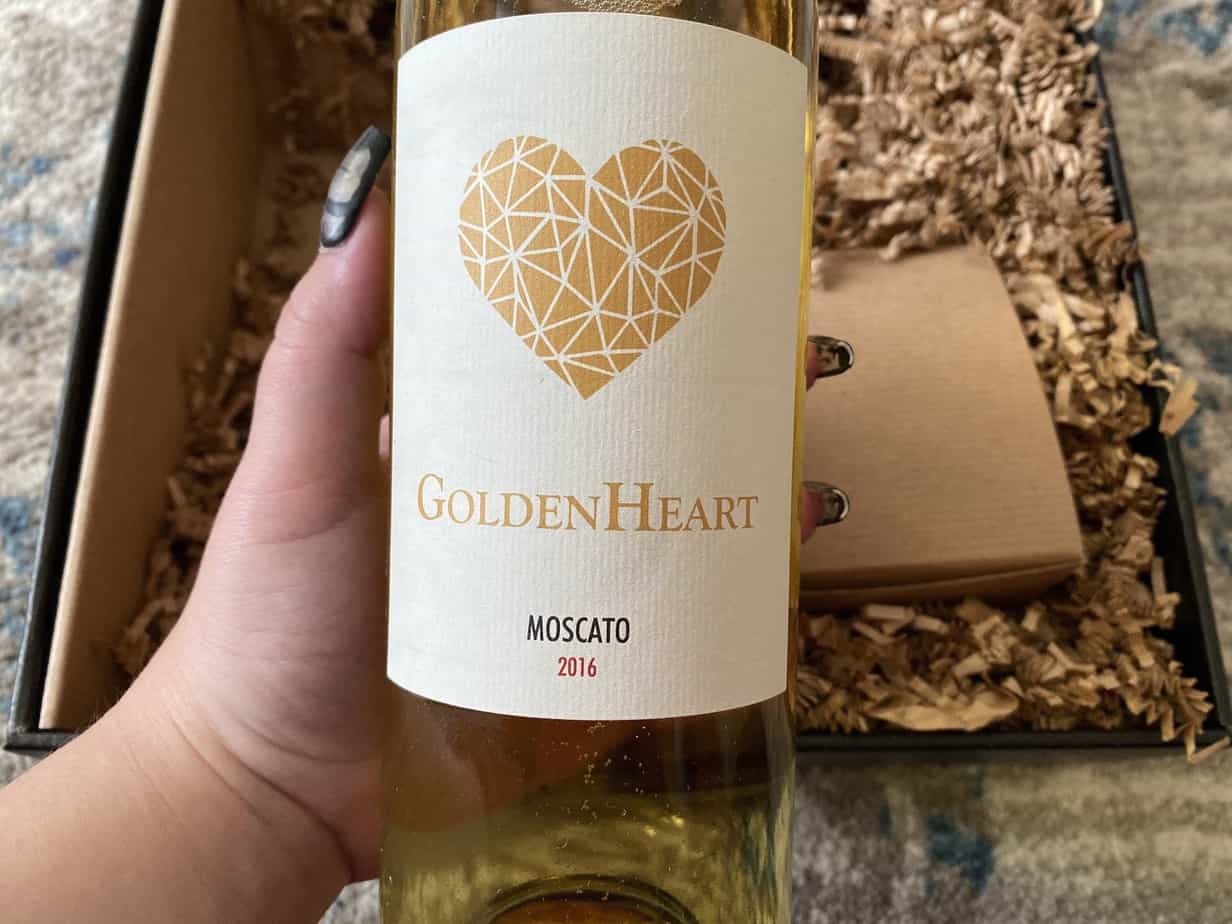 Impressions of the Wine Down box

Considering that this box, after taxes, was $70 for me, the value of this box wasn’t imposing. I also wasn’t impressed with the poor quality of the pairings that I received were. The salami was spoiled, which was aggravating, considering that it was such a massive part of the wine pairing.

I do appreciate the effort that was put into the cheese. However, I didn’t like the big chunks peppers in the cheese.

The crispy crackers were the perfect size for my cheese. However, they tasted cheap and stale. These crackers would be what I would expect to buy at a gas station, not in the luxury wine box.

Yet, the Golden Heart 2016 Moscato was the best glass of Moscato that I’ve ever had in my life. It was the smoothest and sweetest wine that I’ve ever consumed and I’m so sad that I was limited addition.

The Gold Heart 2016 Moscato would be something that I would go out of my way to purchase, and considering that it was so affordable, I can see why it was sold out.

Was the Wine Down box worth the money?

For a monthly subscription, you can expect to pay around $70 per box. While I understand that paying for shipping from separate vendors is an influential factor in the cost of the box,  the overall value in my mind was an estimate of $48.

I can understand the additional $22 is applied toward shipping the box to my home, and the cost of packaging. But I do feel almost ripped off with this box. I think that the box packaging absolutely beautiful, but it was very discouraging that to salami was spoiled upon arrival.

Have some questions for the Wine Down Box? We’ve got all of the answers you need here:

What states does Wine Down Box ship to?

Does Wine Down Box ship all year round?

No, Wine Down Box doesn’t ship all year round. For WDB to ensure the quality of their shipments, they only ship during October-March. Shipments aren’t sent out from April to September.

Are you still interested in finding a wine subscription box to splurge on, but Wine Down Box just doesn’t seem like the best fit? Here are other alternatives for you to consider:

This wine subscription box $39 per shipment. All of the wines sent with this subscription are gold medal-winning wines that come from California (just like the wines in Wine Down Box).

For $10 a month for a three-pack, you get 500 ML cans of wine. The Wine Society box has a selection of rose, white blend, red blend, or a variety pack in your box!

I’d recommend skipping over the Wine Down box

I wouldn’t spend $70 on this box. If you want to try new wine and cheese pairing’s, I was just looking at recommendations online or on Pinterest and saving yourself tons of money.

What did you think of the wine down box? I’d love to hear your thoughts in the comment section down below!